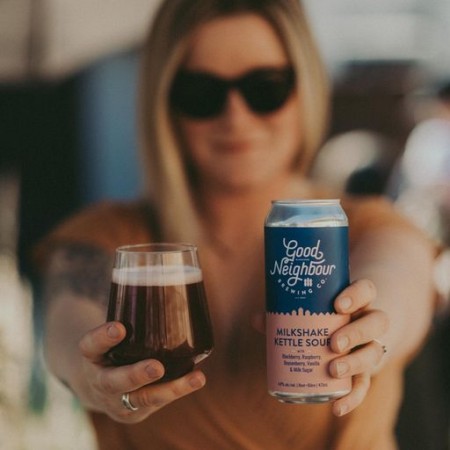 WINNIPEG, MB – A new brewing company dedicated to “crafting inspired beers & honest connections” has announced the release of its first beers in Winnipeg.

Good Neighbour Brewing has been founded by Morgan Wielgosz and Amber Sarraillon, a couple who met while working at Amsterdam Brewery in Toronto, and relocated to Winnipeg several years ago where they joined the crew at Trans Canada Brewing.

For their own venture, the pair are starting as a contract brewery operating out of the Oxus Brewing facility, and officially launched last week with the release of two beers. 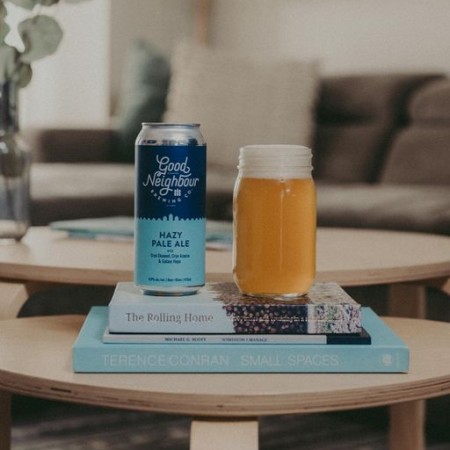 This is the first release from our Milkshake Kettle Sour series – a subtly tart Kettle Sour loaded with a bumble-berry blend (Blackberry, Raspberry, Boysenberry) and topped off with a sprinkle of milk sugar & vanilla for that velvety fruit smoothie-like finish.