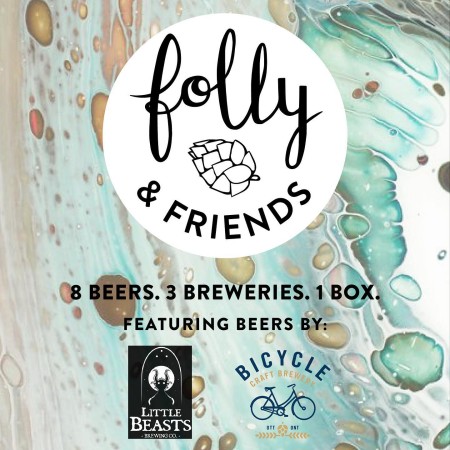 TORONTO, ON – Folly Brewing has announced the release of the 3rd edition in its Folly & Friends series of multi-brewery mixed packs.

The newest edition features four beers from Folly alongside two beers each from guests Little Beasts Brewing of Whitby, and Bicycle Craft Brewery of Ottawa, with a variety of styles represented including farmhouse ale, stout, sour, IPA and more.

Folly & Friends #3 can be ordered now for $50 via the Folly website for pick-up at the brewery or delivery in the M2 to M9 postal code areas of Toronto.