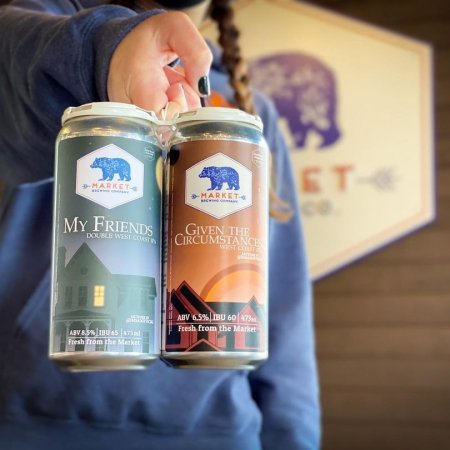 NEWMARKET, ON – Market Brewing has announced the release of a new seasonal beer in support of a worthy cause.

My Friends is available now as an individual release, and as part of a mixed 4-pack with Given the Circumstances West Coast IPA (6.5% abv), at the Market Brewing retail store and online shop.

Partial proceeds from sales of My Friends in May will be donated to StacheStrong, a non-profit organization devoted to raising funds and awareness for brain cancer research.