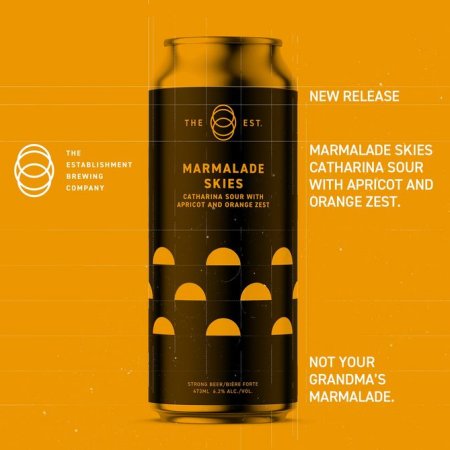 CALGARY, AB – The Establishment Brewing Company has announced the release of the latest in an occasional series of fruited sour ales inspired by a psychedelic classic.

Though not our first beer brewed in the Catharina Sour style, it’s every drip as deserving of a splashy spring debut. This edition is a super fruit fusion featuring apricot and orange zest that come together in a kaleidoscope of flavours and aromas ranging from its marmalade namesake all the way over to something m-more like a mimosa. It’s got a subtle sourness, more fruit flavour than most fruit salads, and chimes in at 6.2% – the perfect preserves for spreading over your pre-summer memories.

Marmalade Skies is available now at the Establishment retail shop and online store while supplies last.