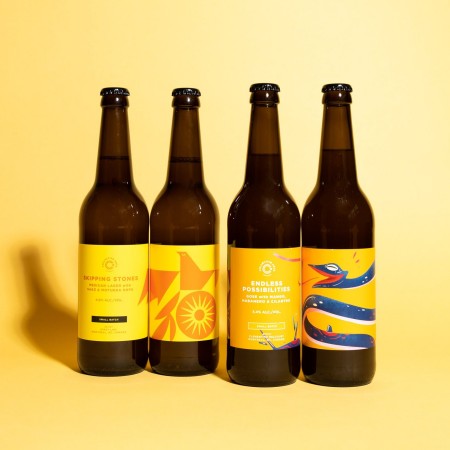 Mango. Habanero. Cilantro – yes, we’re talking about a beer! Endless Possibilities is the brainchild of Matt Hennessey from our brewing team. Inspired by his love of mango salsa, Matt’s recipe channels the combo of fruit, salt and a touch of heat into a hugely flavourful brew. Subtle sour character mingles with bright mango and a burst of freshness from the cilantro before finishing with a hint of gentle spice from the habanero.

Skipping Stones is a refreshing Mexican lager with a unique hop character from the combo of Saaz, one of the German noble hops, and Motueka, a citrus-forward hop from New Zealand. Clean and flavourful up front with a crisp, dry finish – it’s the quintessential summer beer; perfect for sipping by the lake or on your patio.