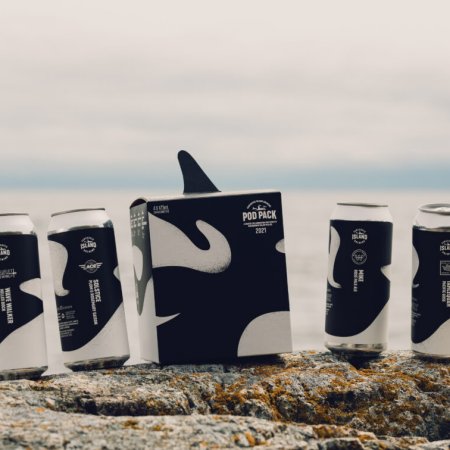 VICTORIA, BC – Vancouver Island Brewing has announced the release of a new collaborative sampler pack to raise funds for the preservation of wild B.C. salmon stocks, a vital food source for the Southern Resident Killer Whales that live in the Salish Sea.

Pod Pack 2021 – which follows a similar release in 2019 – features four beers created in collaboration with other island breweries, each of them named after one of the whales in the local pods studied by marine biologists.

The beers and participating breweries include:

Pod Pack 2021 is available now at the VIB retail store and online shop, and select beer retailers in British Columbia. $1 from each pack sold will be donated to the Pacific Salmon Foundation., as well proceeds from a limited edition Pod Pack t-shirt.

For more details, see the Pod Pack info page on the VIB website.