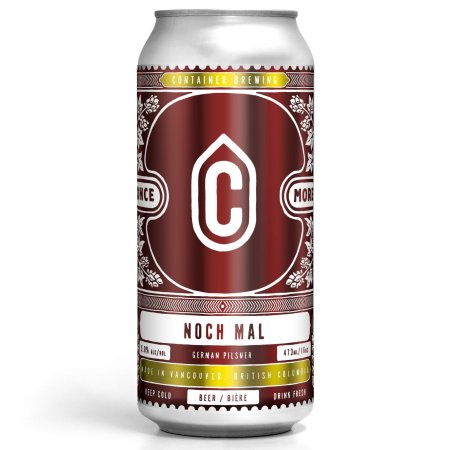 VANCOUVER, BC – Container Brewing has announced the release of a new beer named after a German pub tradition.

Noch Mal loosely means “once more” which is a saying that was heard in the pubs across Germany so many moons ago. Seemed like a good name for a German style pilsner! This is a crisp golden pilsner with an assertive hop presence that includes notes of thyme, lemongrass and tea. A classic style re-imagined with 3 hops new to the brewing world.

Noch Mal is available now at the Container retail store and online shop.