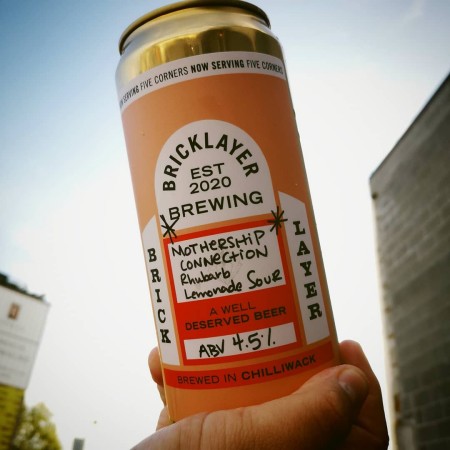 CHILLIWACK, BC – Bricklayer Brewing has announced the release the latest in a series of fruited sour ales with a name inspired by a funk classic.

Our Mothership Connection sour culture was born almost a decade ago when Matt McGinity, Bricklayer’s resident sour guy, started his sourdough culture in Tumbler Ridge, BC. Flash forward to 2021, and Matt is using a tiny portion of that same culture for the first fermentation of Bricklayer’s sour beers. It results in a bright, unusual and naturally lemon-y flavoured beer.

The second version of Mothership Connection is finally ready, and totally worth the wait! It’s pretty exciting to be back in the season of our local fruit, and this beer is packed with local rhubarb from Chilliwack’s own Blackbird Farms (as well as a little bit from our own garden, just so we could say it’s in there!).

Mothership Connection v.2 is on tap now at Bricklayer for glasses on the patio, or in growlers and crowlers for take-home sales.