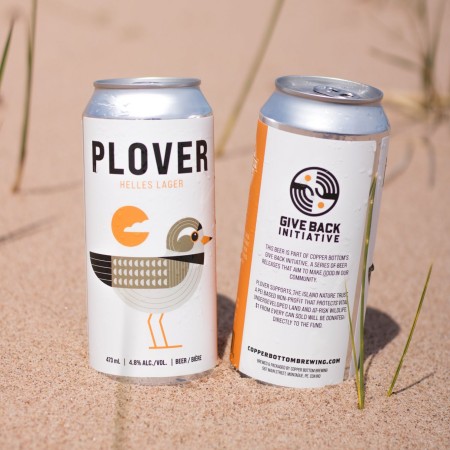 MONTAGUE, PE – Copper Bottom Brewing has announced the launch of the Give Back Initiative, a new series of beers released in support of local causes and charities.

The series has kicked off with Plover Helles Lager (4.8% abv), which is described as “a malt-accented lager that showcases Island floor malt and old-world hops for a beer with a balanced malt sweetness and crisp noble hop finish.”

Plover is available now at the Copper Bottom retail store and online shop, with $1 from each can sold going to Island Nature Trust, a non-profit group that protects Prince Edward Island’s natural areas and at-risk wildlife.