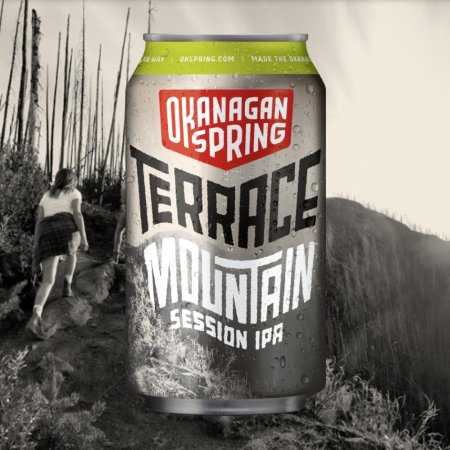 VERNON, BC – Okanagan Spring Brewery has announced the release of a beer that is “that’s not only a reflection of their Okanagan Valley backyard, but also helps protect it.”

Our Terrace Mountain Session IPA is packed with tropical fruit flavour in an easy drinking ABV brew. Named after the Okanagan’s rejuvenated Terrace Mountain, once devastated by wildfire, partial proceeds will aid wildfire prevention and relief in BC.

Originally launched back in February, Terrace Mountain is getting a renewed promotional push this month with its inclusion in the Okanagan Spring 2021 Summer Mix Pack, as well as confirmation that it will now be part of the brewery’s year-round line-up.

Terrace Mountain Session IPA is available now at beer retailers and licensees throughout the province. Partial proceeds from sales will be donated to the Canadian Red Cross to aid wildfire prevention and relief across British Columbia in partnership with FireSmart BC.