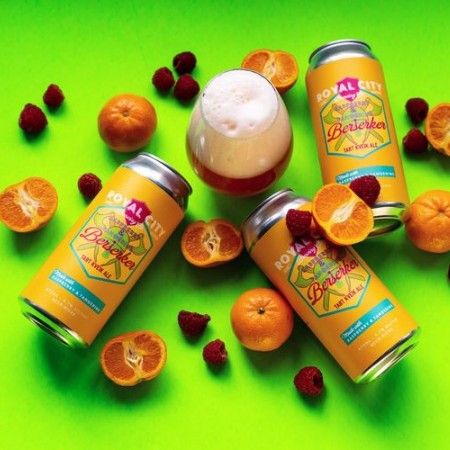 GUELPH, ON – Royal City Brewing has announced the release of a new flavoured version of its Berserker Tart Kveik Ale.

Berserker is a dry-hopped kettle sour fermented with Hornindal Kveik. This version is made with fresh raspberries and tangerines, which offers notes of raspberry lemonade and orange popsicles. It is supremely crushable!