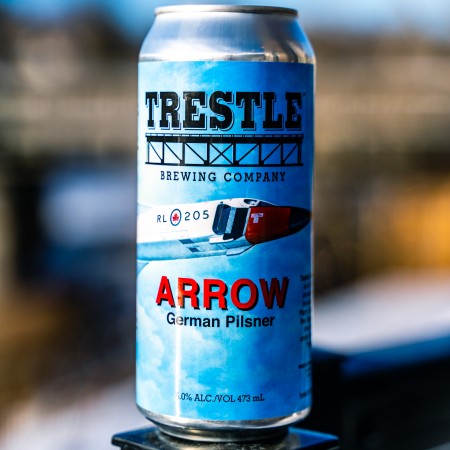 PARRY SOUND, ON – Trestle Brewing has announced the release of two new beers.

Arrow German Pilsner (5% abv) is named in honour of the Avro Arrow, a supersonic aircraft developed by Avro Canada in the 1950s that was infamously halted by the Diefenbaker government before going into full production.

Lagered for 8 weeks, this is an easy-drinking beer with a pilsner malt base that allows the focus to be on the noble hop flavours. Clean & crisp with a spicy bitterness throughout with herbaceous hop aromas from Sterling, Sazz and Tettnanger hops. 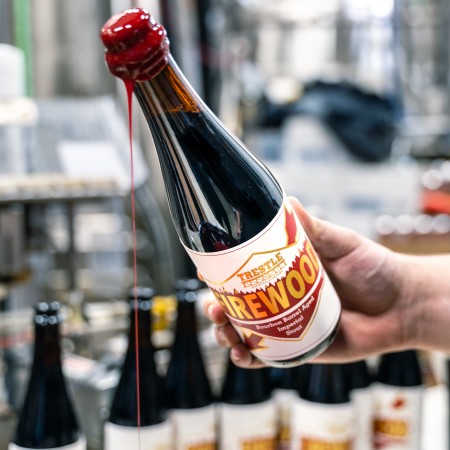 Firewood is aged in Heaven Hill bourbon barrels for over 6 months. It’s full of flavours of rich chocolate, coffee and roast melding with notes of oak, bourbon and vanilla from the barrel. At 10.5%, it’s a slow sipper that can be enjoyed now, or cellared to savour later.

Both beers are available now at the Trestle Brewing retail store and online shop.