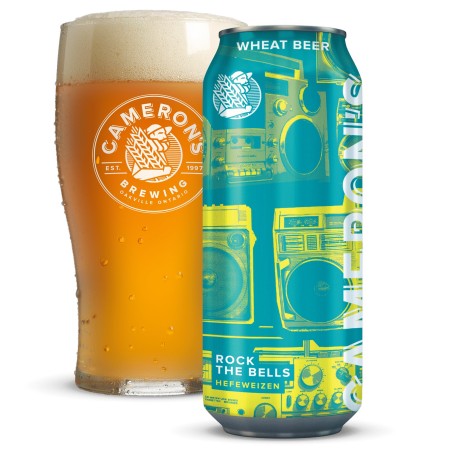 OAKVILLE, ON – Cameron’s Brewing has announced the release of a new seasonal beer inspired by a hip-hop classic.

Rock The Bells Hefeweizen (5.3% abv) is described as follows:

The King of crowd rockers is finally back! German Hallertau hops, malted wheat and barley are combined to showcase a spectacularly smooth banana and clove flavour. Creating a yeast forward refreshingly bright taste that pairs perfectly with sausages and spicy tacos.

Rock The Bells is available now at LCBO and grocery store locations in Ontario, and at the Cameron’s retail store and online shop.