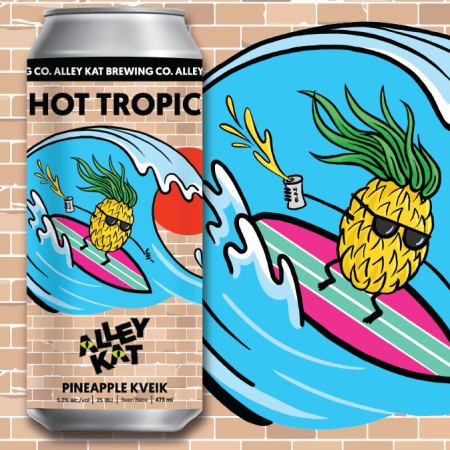 Hot Tropic Pineapple Kveik started as a Brewer’s Choice beer and was created by one of our brewers, Jim. He’s been wanting to work pineapple into a brew for over 10 years and he finally got the chance! Knowing he wanted to make something tropical we thought using a unique yeast, like Kveik, would really accentuate the pineapple flavour. Next came the hops. El Dorado hops bring out the tropical aromas and flavours like pineapple, mango, and passionfruit.

Hot Tropic will be launched tomorrow (May 13th) and will be available at the brewery, select retail stores, restaurants and bars (COVID-19 restrictions permitting) in Alberta while supplies last.