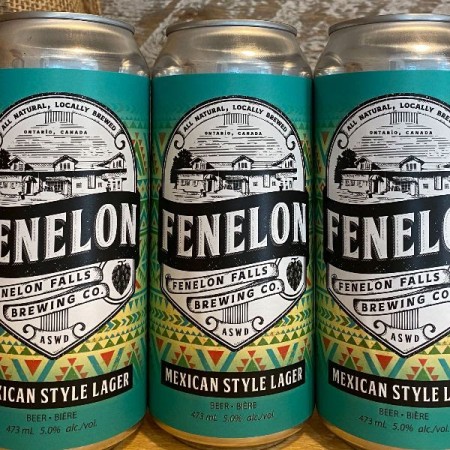 FENELON FALLS, ON – Fenelon Falls Brewing has announced the release of its latest seasonal brand.

The Mexican Lager features a taste that is light and crisp, and perfect for any occasion. It’s a familiar but unique taste with notes of sweetcorn and lemongrass, creating a perfect summer beer. Head Brewer, Russel Gibson, describes the taste as “light, crisp, and refreshing with a light maize association.” Rich with flavour, the Mexican Lager has “noticeable taste of sweetcorn and light rich linger of lemongrass, finishing with a rich, earthy backbone off the hops, and a light spiciness akin to standard cooking spices” Gibson adds.