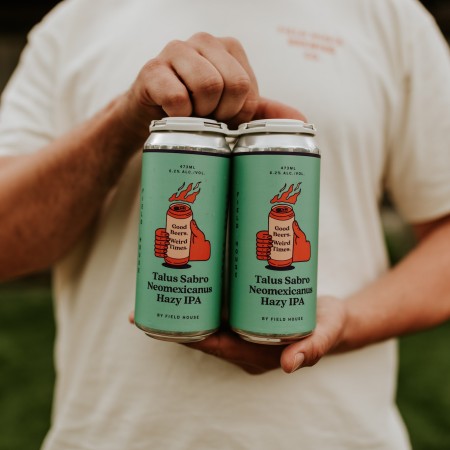 ABBOTSFORD, BC – Field House Brewing has announced the release of a new dual-hopped small batch IPA.

A truly modern IPA, this beer features a heavy dose of two Neomexicanus hops Talus and Sabro. These new world hops trace their lineage to North America and are genetically unique which allows for new expressions of flavour. Juicy, hazy, with notes of coconut, tropical fruit, and spice.

Talus Sabro Neomexicanus can be pre-ordered now via the Field House online shop, and will be released on Thursday May 13th at the brewery retail store.