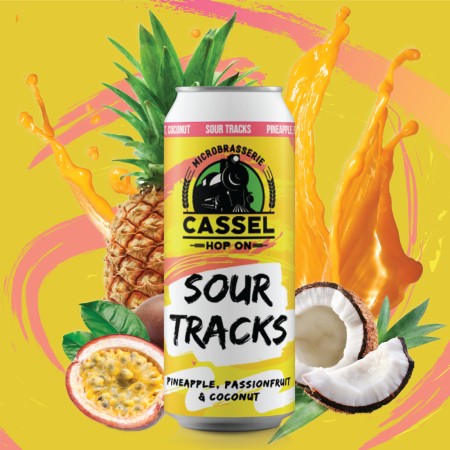 CASSELMAN, ON – Cassel Brewery has announced the launch of a new series of “refreshing and flavorful beverages for the summer.”

Sour Tracks is described as “a series of fruited sour ales that begin with a modest amount of grain, an even bigger dry-hop, and then finished with the addition of hundreds of pounds of fruit puree.”

Sour Tracks Pineapple, Passionfruit & Coconut (5% abv) is the first in the series, and can be pre-ordered now via the Cassel online store.