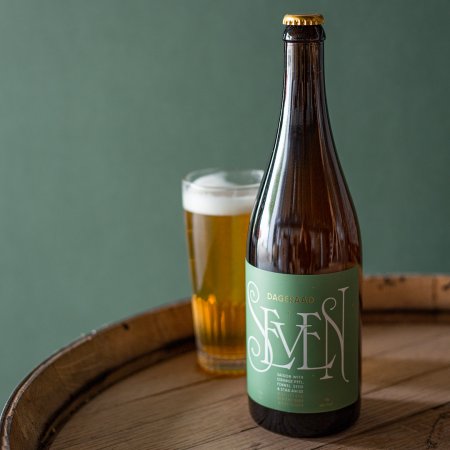 Seven (7% abv) is the official anniversary beer, and is described as follows:

True to Dageraad form, Seven is an enchanting saison, off-dry and interwoven with fennel, orange peel, and star anise. The delicate aromas take you down a labyrinthine path of fruit notes and herbaceous phenols, finally leading to the heart of small-batch brewing – the passionate embrace of experimentation and sheer obstination, despite it all.

It’s joined by one returning and two new editions in the Entropy Series of barrel-aged beers:

Entropy 18 – Gindonneur (7.7% abv) – “Our Randonneur saison aged 9 months in gin barrels with a mix of brettanomyces and souring bacteria. Lemony and peppery saison enhanced with gin botanicals and brett funk.”

Entropy 19 – Peaches n’ Brett (6.3% abv) – “A sour ale left to age for a year in the barrel before being transferred onto ripe Okanagan peaches for a further 5 months. A balanced tartness with bold peach flavour.”

All four beers are available now at the Dageraad retail store and online shop, and a limited number of bottles will be distributed next week to select private liquor stores.