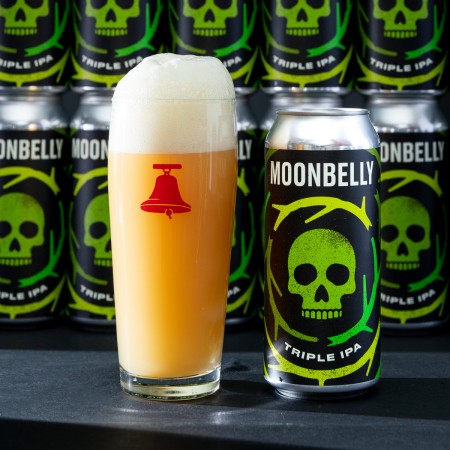 TORONTO, ON – Bellwoods Brewery has announced the release of a new collaboration with Third Moon Brewery.

Moonbelly Triple IPA (10% abv) is a companion beer to Bell Tree Triple IPA which Third Moon released yesterday along with six other beers for their first anniversary.

Borrowing aspects from our Greenbelly and their Triple Bone Tree (lots of oats in the malt bill and Citra/Loral hops), with some new hops thrown into the mix (Eclipse for us and Lotus for them) to keep things interesting, Moonbelly has emerged as a pillowy soft, intensely aromatic, celebratory expression of hops.

Moonbelly is available now at both Bellwoods retail stores and the brewery’s online shop.