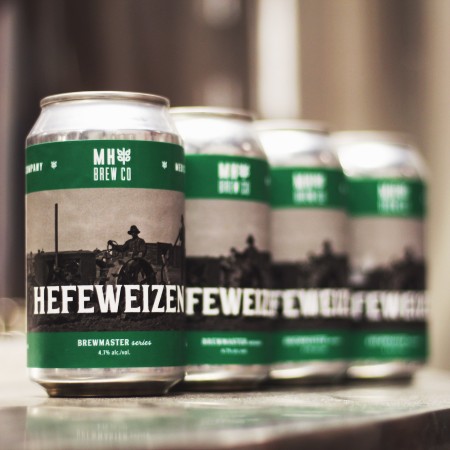 MEDICINE HAT, AB – Medicine Hat Brewing has announced the return of a popular edition in its Brewmaster Series of seasonal beers.

Hefeweizen (4.7% abv) is described as follows:

Our Hefeweizen is made with 50% malted wheat true to a German wheat beer. Medium-light bodied and ever so refreshing, our “Hef” lets the German weizen yeast character shine through. The yeast produces banana aromas and flavour from ester production during fermentation as well as some clove character. The yeast remains in suspension lending itself to the cloudy appearance and banana and clove flavours and aromas.

Hefeweizen is available now at the Medicine Hat Brewing taproom and retail store, and select liquor retailers in Alberta.