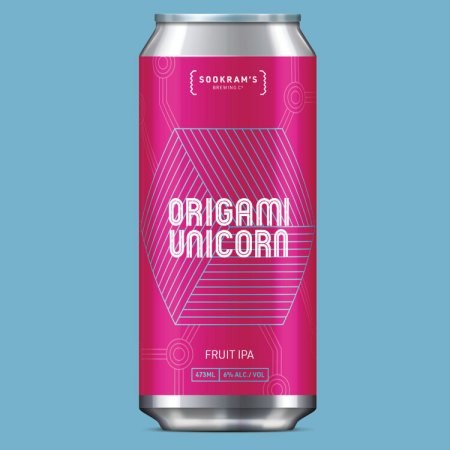 Origami Unicorn is a India Pale Ale brewed with the addition of Tangerine and a touch of Pomegranate. This beer is hopped with Mosaic & Cascade which adds to the already fruity aroma and taste.

Origami Unicorn is available now at the Sookram’s retail store and online shop.