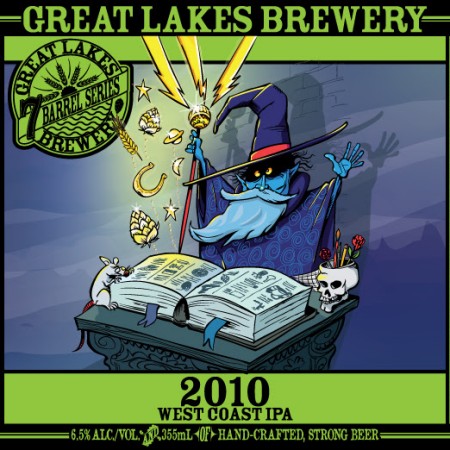 TORONTO, ON – Great Lakes Brewery has announced the return of a popular small batch IPA that has been an almost immediate sell out in its previous appearances.

This unfiltered IPA takes us back to the days of 2010, when GLB was cranking out small batch west coast style ales on a weekly basis. It looks like our IPAs from 2010 – unfiltered, clear and golden in colour. The aroma on this one features the sweet notes of candied orange peel, grapefruit and fresh pine. The medium to full bodied IPA produces flavours of lemon pith, orange marmalade and sticky pine resin from a very generous hop bill, while the malt backbone produces traces of honey. Finishes very dry, very bitter (60 IBU), just like those IPAs of yesteryears.

2010 West Coast IPA will be released tomorrow (May 20th) at 4:00 PM in the Great Lakes retail shop and online store.