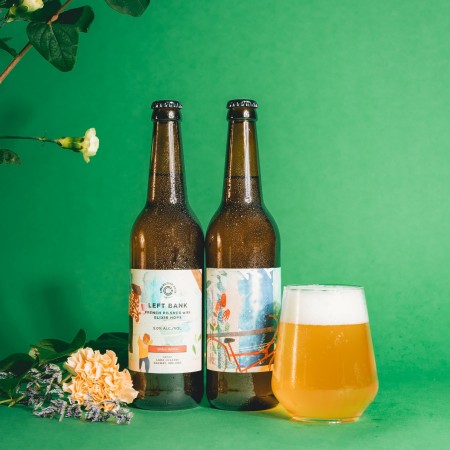 Left Bank French Pilsner is made with French malt and Elixir Hops, a new strain from France’s Alsace region, which is known for its ideal growing conditions for both wine grapes and hops. Named after the Rive Gauche (or, “Left Bank”), a cultural hub on the southern side of the River Seine in Paris, this brew balances the crisp, refreshing character of a pilsner with some added creative flare from the rich, sweet aromas of Elixir hops. À votre santé!

Left Bank is available now at the Collective Arts online shop, and the brewery retail stores in Toronto and Hamilton.