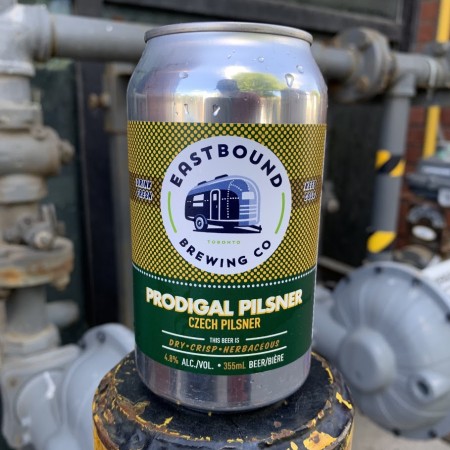 TORONTO, ON – Eastbound Brewing has announced the release of a new beer inspired by a visit that Brewmaster Dave Lee paid to the city of Pilsen – and specifically, the Pilsner Urquell brewery – during his time studying brewing in Munich.

Prodigal pours a clear, pale-straw colour which should be immediately enticing in this warmer weather. The Bohemian Floor Malted Pilsner malt is traditionally processed to provide crisp flavours of bread and biscuit, with a rounder body than our Üter German Pils. Saaz hops impart a depth of herbaceous and lightly spicy flavours, along with an assertive bitterness which smooths as the beer finishes. Medium carbonation assists the herbal aromas, without creating a harsh bitterness. Just like Üter, Prodigal underwent eight weeks of cold lagering for perfectly integrated flavours, and a smooth finish.