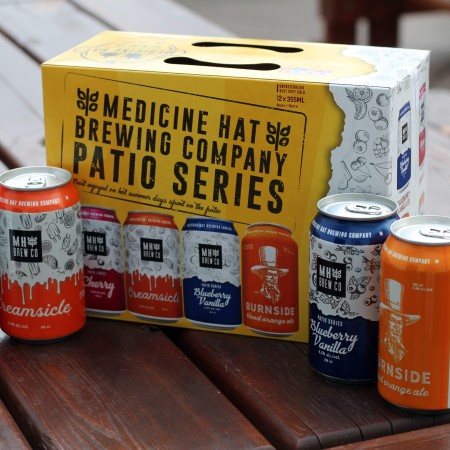 MEDICINE HAT, AB – Medicine Hat Brewing has announced the release of a new mixed pack that is “a perfect addition to your summer drinking plans.”

The Patio Series Mix Pack is a 12 x 355 ml package with four beers that are “made with real fruit purees that work seamlessly with our Hatfield Blonde Ale base.”

The Patio Series Mix Pack is available now at the Medicine Hat Brewing taproom and retail store, and select liquor retailers in Alberta and Saskatchewan.