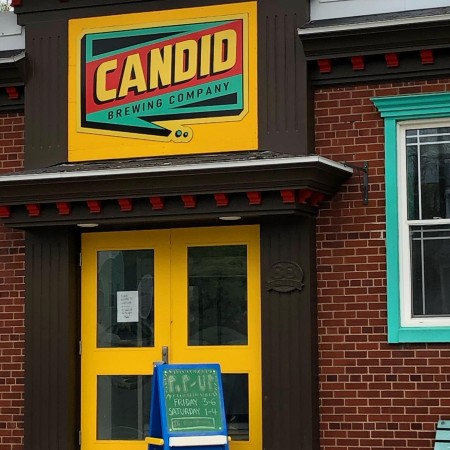 ANTIGONISH, NS – A new brewery that aims to “bring good people together over great beer” has released its first beers in Antigonish, Nova Scotia.

Candid Brewing is still a few weeks away from officially opening, but it offered a preview this past weekend with a pop-up shop selling cans of Humdinger West Coast IPA (6.7% abv), which “packs a real punch with loads of bold flavour and aroma, while remaining approachable and easy to drink”, as well as Skeptical Vibes Red Lager (4.9% abv), a collaboration with Big Spruce Brewing.

Candid Brewing is located will soon be welcoming customers to its taproom (once COVID-19 restrictions are lifted) and retail store at 88 College St. in Antigonish with a line-up of five core brands, including Humdinger.