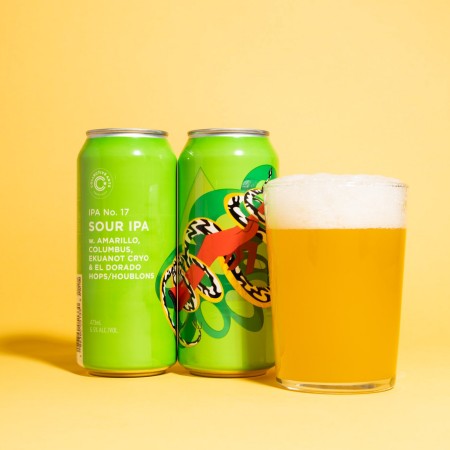 HAMILTON, ON – Collective Arts Brewing has announced the latest release in its ongoing numbered series of limited edition IPAs.

The 17th entry in our IPA series brings together two of our favourite beer elements: sour and hoppy! And we did not hold back on the hops. This brew is dosed with the perfect combination of Amarillo, Ekuanot CRYO, Columbus and El Dorado at a whopping 16g/L, resulting in a stunningly bright citrus character with dank and tropical stone fruit backing notes. Add in a bit of bright acidity from the souring process and these delicious hops shine even brighter.

IPA No. 17 is available now at the Collective Arts retail stores in Hamilton and Toronto, and via the brewery online shop. It will also be distributed soon to beer retailers in all markets where Collective Arts beers are available.