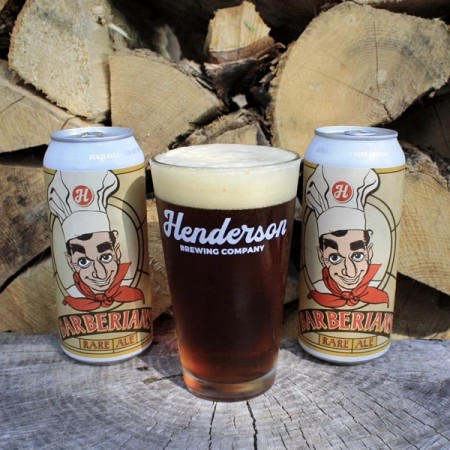 TORONTO, ON – Henderson Brewing has announced the release of a new beer in collaboration with Toronto culinary institution Barberian’s Steak House.

To create Barberian’s Rare Ale, we took our flagship, Best Amber Ale, and aged it over oak staves. The result? A creamy amber ale with notes of caramel, vanilla, spicy hops, toasty malt and oak tannins. But before you take a sip, be sure to take in the sweet and slightly fruity aroma of the velvety tan head.

Barberian’s Rare Ale is available now at the Henderson retail store and online shop., and each purchase of four or more cans will include a complimentary jar of Barberian’s Steak Seasoning.