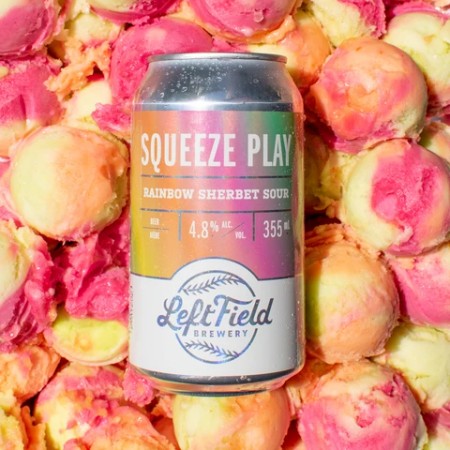 TORONTO, ON – Left Field Brewery has announced the release of a special Pride month edition in its Squeeze Play series of fruit-flavoured sour ales.

Small ball at its finest, a squeeze play is a sacrifice bunt that gives the runner on third a scoring opportunity. This version of Squeeze Play is fruity and refreshing with a hint of sweetness. Bursting with real orange, raspberry, lime, lemon and pineapple, this nostalgic summer sour is balanced with a subtle touch of lactose.

Squeeze Play Rainbow Sherbet is available now in the Left Field retail shop and online store. 50¢ from each can sold will go to support Bill 7 Award LGBTQ Scholarships.