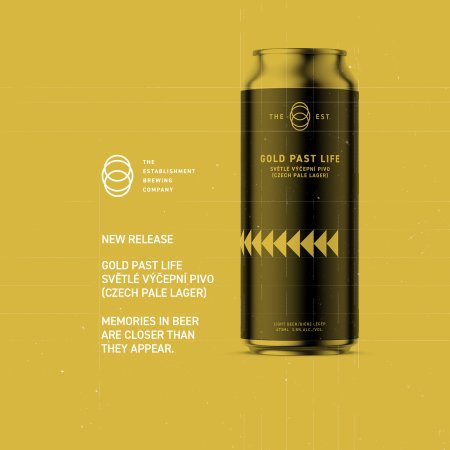 CALGARY, AB – The Establishment Brewing Company has announced the release of a new limited edition lager.

This style of beer is the traditional light beer associated with Bohemia, which is why it’s sometimes also called a Bohemian Pilsner. In contrast to German-style pilsners, Lil’ Bo Pils like this one are a deeper shade of gold. Their darker hue hints at their fuller body and subtly superior malt richness. They’re brewed with water that’s preciously low in minerals making for a softness you can feel and a bitterness you taste less of. In a past life, this treasure would have been available via our super sweet side pull taps, but in this ship-of-paper-on-a-sea-of-fire present life, you’ll have to get your fill of this Gold via can. Either way, it’ll make you glad you were reincarnated as something with taste buds.

Gold Past Life is available now at the Establishment retail store and online shop, and at select beer retailers in Alberta.