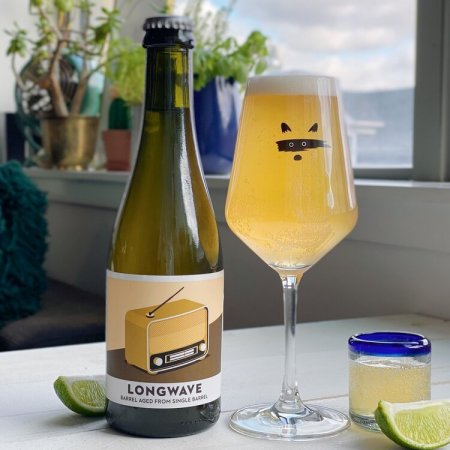 TORONTO, ON – Bandit Brewery has announced the latest release in its Longwave series of single-barrel-aged beers.

This barrel aged Gose was aged one year in a freshly emptied tequila barrel and lime. Dedicate acidity with a hint of salt, this Gose shows notes of lavender, citrus and subtle tequila. Fine carbonation from the bottle conditioning. We recommend to let it warm up a bit before serving to let the flavors develop.

Longwave 28.1 is available now at the Bandit Brewery retail store and online shop.