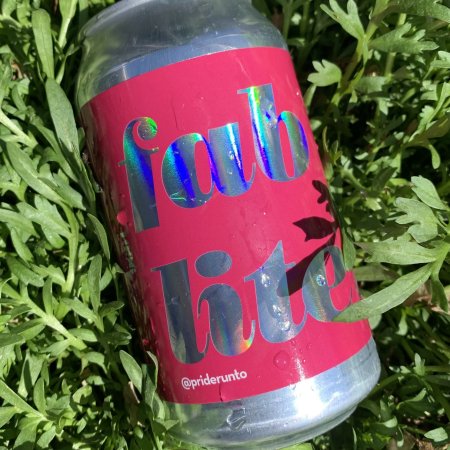 TORONTO, ON – Eastbound Brewing has announced the release of a new beer in honour of the 25th anniversary edition of The Pride & Remembrance Run.

fab lite! (4.2% abv) is a grapefruit radler described as follows:

Pouring a pale pink with sparkling carbonation, the nose is absolutely brimming with grapefruit. After taking a refreshing taste you’ll be hit with plenty of grapefruit on the front end, transitioning through the midpalate to a distinct finish of grapefruit. So – yeah, it’s a lot of grapefruit. Think of it as a little beer that dreamed of someday becoming a mimosa. And it succeeded. This is as good a pairing for a wide array of athletic cooldown, as it is for a day basking in the sun.

fab lite! is available now at the Eastbound Brewing retail store and online shop. 20% of all proceeds from its sales will go to the Pride and Remembrance Foundation, which provides financial support to registered charities that benefit the LGBTQ+ community.