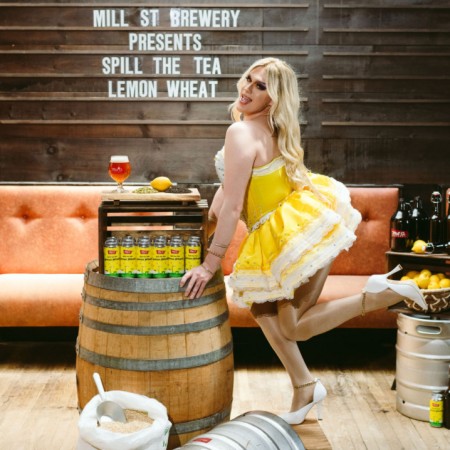 Spill the Tea Lemon Wheat Ale (5% abv) is a renamed and revived version of Lemon Tea Ale, which has been an occasionally appearing seasonal favourite for the brewery since it’s original release in 2010. It’s described as follows:

Spill the Tea Lemon Wheat is a remarkably refreshing wheat beer infused with a blend of loose-leaf, Orange Pekoe, Earl Grey teas, and natural lemon juice. It pours a light amber colour and will surprise you with its sweetness, sublime tea flavour, and subtle lemon twist.

Spill the Tea is available now at the Mill Street Brewpub Toronto retail store and online shop. $1 from each can sold will go to Rainbow Railroad, an organization dedicated to helping LGBTQI+ people around the globe escape violence and persecution.