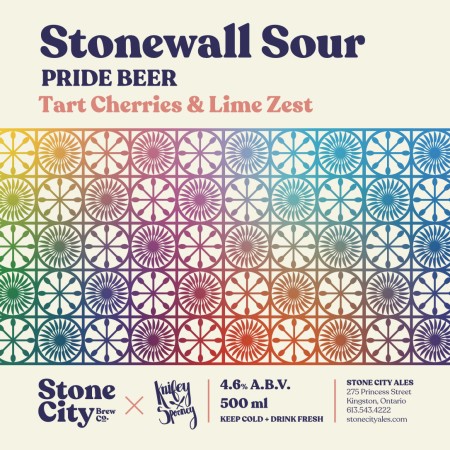 Stonewall Sour (4.6% abv) is named after NYC’s Stonewall Inn, the location of the infamous riots that kick-started the modern Pride movement in 1969, and is described as follows:

Cherry to honor the sweetness and beautiful bright red lips of the late Martha P Johnson, a Black Trans activist who helped lead the way for us all. Lime is to remind us that it wasn’t always the sweetness and rainbows it is today. May we honor the spirit of those who came before us, and help pave the way and ease the journey for those those who come after.

Stonewall Sour is available now at the Stone City retail shop and online store, with $1.50 from each bottle sold going to ReelOut, Kingston’s queer film and video festival.