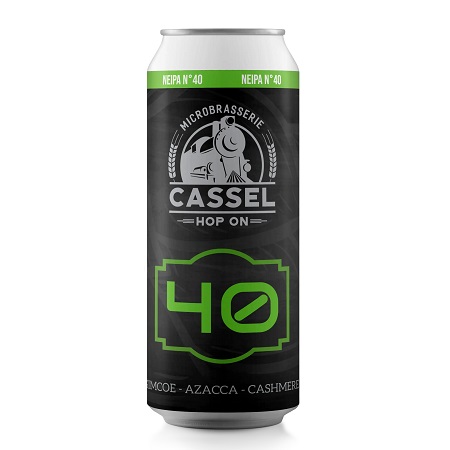 CASSELMAN, ON – Cassel Brewery has announced the release of the latest edition in its ongoing series of New England style IPAs.

Brewed with loads of oats and high protein malts for an hazy looking and creamy mouthfeel NEIPA. Generously hopped with different hops in each batch. This #40 is hopped with Simcoe, Azacca and Cashmere.

NEIPA #40 is available now at the Cassel retail store and online shop, on its own and in a special mixed pack with the recently released Sour Tracks Pineapple, Passionfruit & Coconut sour ale.