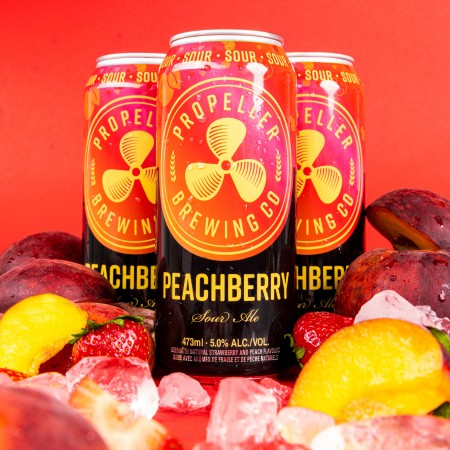 HALIFAX, NS – Propeller Brewing has announced the release of a new sour ale for summer.

Peachberry Sour Ale is available now at all three Propeller retail shops, and the brewery’s online store. It will also be available at private beer retailers and The Port by NSLC in Halifax.