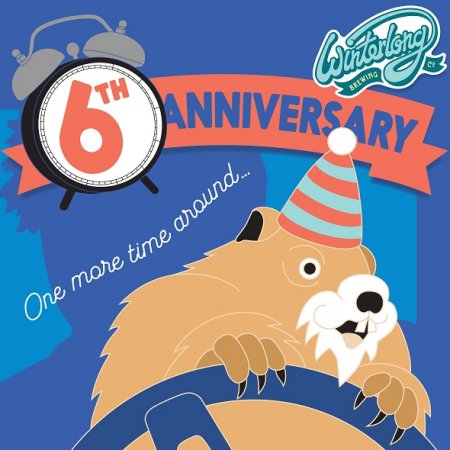 WHITEHORSE, YK – Winterlong Brewing has announced details of two new(ish) beers and a COVID-compliant event to mark its 6th anniversary this weekend.

Acid Jazz Hazy Dry-Hopped Sour (4% abv) is the first of the anniversary beers, and is described as follows:

It has been a few years since we’ve brewed this beer. We decided to make it a hazy version as why not have the best of both worlds and really showcase a groove-worthy smooth beer for this hopped-up, kettle sour.

Velvet Thunder Hazy Double IPA with Peach (8.5% abv) is the other, and has the following notes:

Another déjà vu, that we brewed for our 4th Anniversary Celebration. This time, we took this super luscious double IPA to new heights of decadence with the addition of peach puree.

The lowkey celebration will take place at the brewery tomorrow (Saturday June 5th) from 12:00 noon to 7:00 PM, and will feature food from Wayfarer Oyster House and Klondike Kettle Corn, prize draws and discounts, and the two new brews and other Winterlong beers available by the glass to enjoy on-site, and in cans and growlers to go.

Cans of Acid Jazz and Velvet Thunder will also be available to pre-order via the Winterlong online shop today at 8:00 PM.