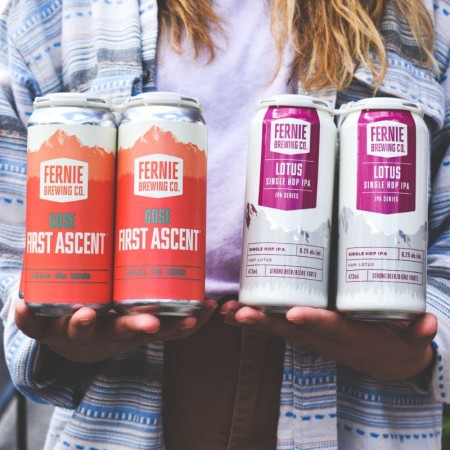 FERNIE, BC – Fernie Brewing has announced the return of a two limited run beers for summer.

Our popular First Ascent returns as part of FBC’s four-part Sour Series. Our first ever Sour, and a firm favourite, this kettle soured Wheat Ale is highly carbonated, unfiltered and light in colour. Tart, with the addition of a small amount of salt and coriander. Refreshing, with bright flavours.

Savour the true essence of the season. Our popular Lotus Single Hop IPA is back for another year, as part of our 6-part IPA Series. This beer is packed full of the unique Lotus hop and a selection of light malts, blossoming with Vanilla & Orange notes. A perfect summer brew. Serve it up with a side of sunshine.

Both beers are available at Fernie Brewing taproom, retail store and online shop, as well as select beer retailers in British Columbia and Alberta.