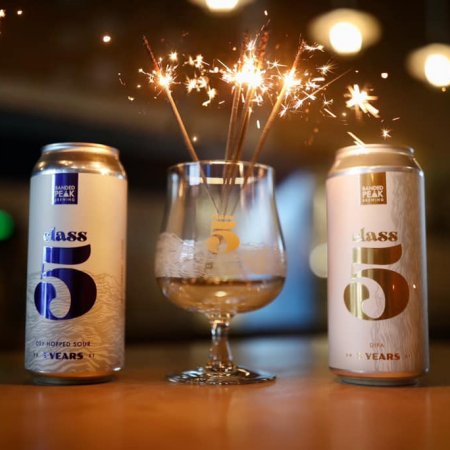 A heavily-hopped but highly drinkable imperial ale. We triple dosed the fermentor with a whopping 50kgs of Galaxy, Talus and Sabro that combine to exhibit bold coconut and nectarine aromatics, followed up with a complex, ester-rich blend of ripe tropical, sweet stone and juicy citrus fruit characteristics.

The Class 5 beers are available now in a mixed 4-pack at the Banded Peak retail store and liquor stores across Alberta.