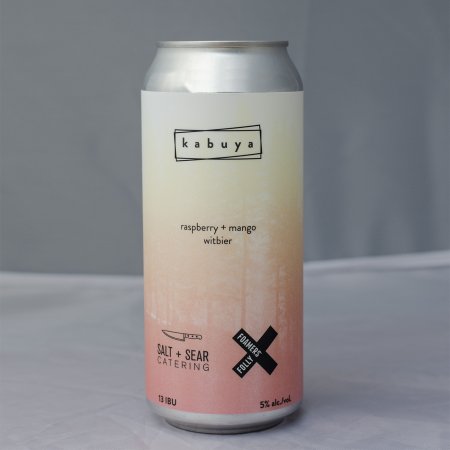 PITT MEADOWS, BC – Foamers’ Folly Brewing has announced the release of a new beer in collaboration with Jean Jacques Kabuya of Salt + Sear Catering.

Jean Jacques Kabuya of Salt + Sear is one of B.C.’s most exciting and innovative chefs. Growing up in Lusaka, Zambia, he was inspired by his mother’s frequent use of mango. That memory inspired this summery beer. A balanced blend of light wheat malt, fruity esters, and bright citrus is complimented by the addition of juicy raspberry and mango. This highly crushable beer is the perfect companion to backyard BBQs and picnics in the sunshine.

A pre-release event for the beer will take place at the brewery tomorrow (Saturday June 12th) starting at 2:00 PM, with ribs from Salt + Sear available while they last. It will be officially available at select liquor stores starting June 21st.