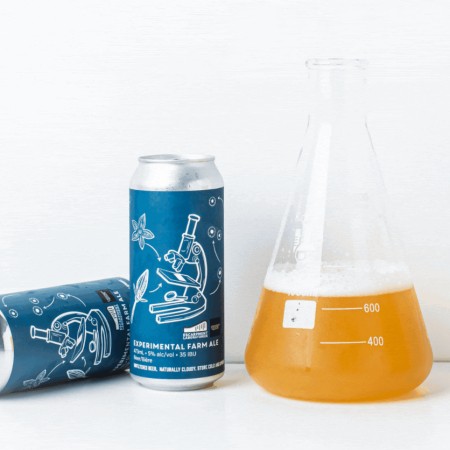 Experimental Farm Ale (5% abv) is back after an initial release last autumn, and is described as follows:

This pale ale is made with experimental yeast, which was harvested from a squash flower by the team at University of Guelph Food Science. They then dropped the sample off to our good friends at Escarpment Labs, who cultured it into a brewing yeast.

Yes, we fermented a beer with a squash flower.

Hopped with fruit forward hops, this beer is hazy, fruity, and very refreshing. Think bright fruit: honeydew melon, peaches, and pear hit the palate before a crisp and refreshing bite of bitterness.

Experimental Farm Ale is available now in the Royal City retail store and online shop, with 50 cents from each can sold going to ARCH Guelph which provides resources and support to people in the area who are living with, affected by, and at risk of HIV and AIDS.