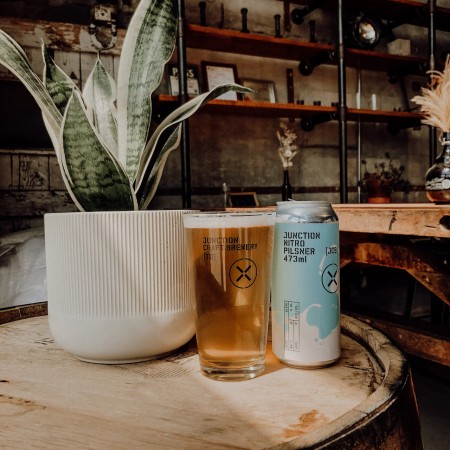 TORONTO, ON – Junction Craft Brewery has announced the release of a new nitro-infused lager.

Nitro Pilsner (4.5% abv) is described as “a super refreshing unfiltered pilsner infused with nitrogen to give it a dense head and a fluffy mouthfeel.”

Nitro Pilsner is available now at the Junction retail store and online shop.