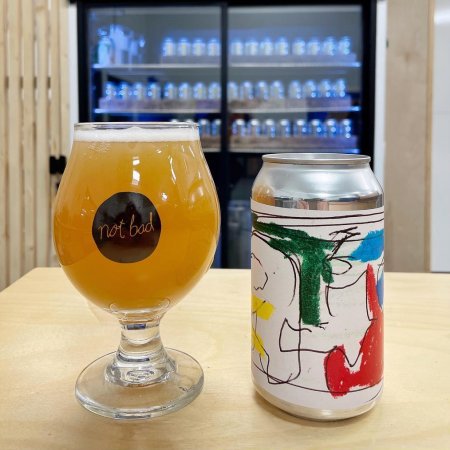 SASKATOON, SK – A new brewery with the simple goal to “make beer that doesn’t suck and is pleasantly tasty” has launched in the Saskatoon Makerspace.

Not Bad Brewing has been founded by “two long-time homies, nick & brady, who have been kicking it since flip phones were a thing.”

The brewery’s first release is Meh Double Dry-Hopped IPA (5% abv), which is described as follows:

hazy and smooth with big citrus body and a very mild pine bitterness. brewed with 2 row, torrified wheat, flaked oats and a touch of chinook. double dry hopped with citra and cascade. fermented with voss kveik.

Meh went on sale last week via the brewery’s webstore for pick-up orders and quickly sold out. Future releases will be announced via Facebook and Instagram as they’re packaged and ready to order.

Not Bad Brewing is located at 130-209 Avenue D South in Saskatoon. For more details, see the brewery website.