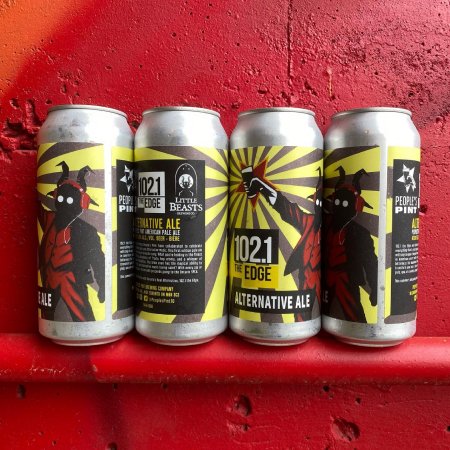 TORONTO & WHITBY, ON – People’s Pint Brewing and Little Beasts Brewing have announced the co-release of a new beer in support of a worthy cause.

Alternative Ale (5% abv) has been created in partnership with 102.1 The Edge to raise funds for the Ontario SPCA & Humane Society, with each brewery starting with the same base recipe but using a different yeast strain for fermentation.

People’s Pint used an American strain, and describe the result as follows:

Our version features dank hop character which dominates the aroma giving way to subtle hints of stone fruit that carry on in the background on the palate. Crackery malt flavours balance the resinous hop character with subtle notes of citrus peeking through.

Little Beasts went with a Belgian strain, and give the following notes:

Our version is rich in saison derived esters and phenolics. Complemented by big bright hop notes of citrus, grapefruit and pine.

Both beers are available now at their respective breweries, with a portion of sales going to the OSPCA.