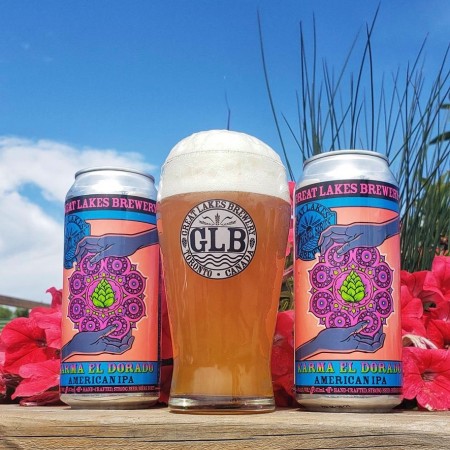 TORONTO, ON – Great Lakes Brewery has announced the release of the newest variant on its popular Karma Citra IPA.

News of any new hop coming from the Yakima Valley perks the ears of IPA brewers everywhere, but in the year 2010, a dual-purpose hop was unleashed on the brewing world, and its name was El Dorado. Effective for both bittering and late addition, El Dorado was just the intense, yet balanced hop brewers needed to create a tropical fruit-forward IPA like this one. All hail El Dorado!

Karma El Dorado – along with a fresh batch of Karma Citra – will be released today (June 17th) at 4:00 PM in the Great Lakes retail shop and online store.