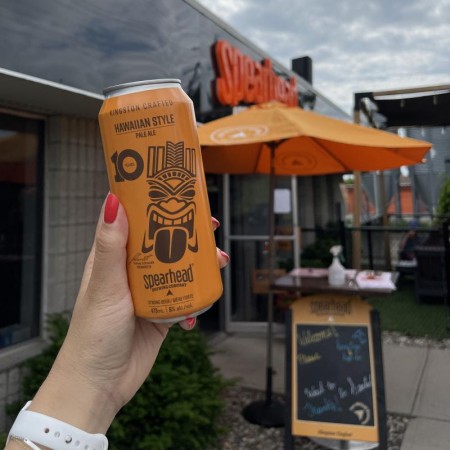 KINGSTON, ON – Spearhead Brewing has announced the release of a special anniversary edition of its original flagship brand.

Spearhead debuted 10 years ago this month with the release of Hawaiian Style Pale Ale (6% abv), and while a few things have changed since then – including new ownership, the launch of many other brands, and the opening of a physical location in 2018 after years of contract brewing – Hawaiian Style remains the beer that is mostly closely associated with the brewery for many people.

Described as a “West Coast pale ale [that] is bold and hoppy, brewed with pineapple for a crisp and citrusy character,” Hawaiian Style Pale Ale is available now in a limited edition 10th anniversary can at the Spearhead retail store and online shop, and select LCBO and Beer Store locations in Ontario.