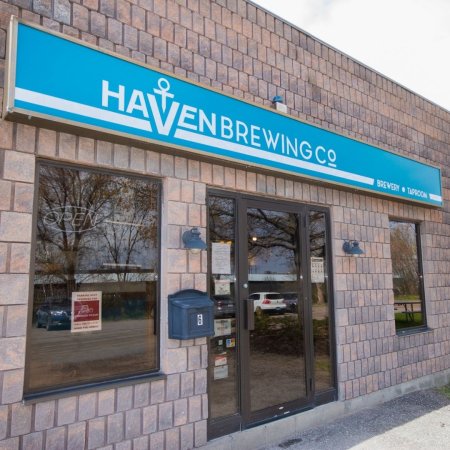 PETERBOROUGH, ON – Haven Brewing Co. has announced that it has purchased High Road Brewing, a contract brewer best known for its Bronan IPA brand.

In an interview with PTBO Today, Haven co-owner Nathan Anker said that “being able to bring in an already established brand was a no brainer from a business standpoint.”

High Road Brewing was launched in 2015 by Curtis Bentley and Rob Doyle, two experience brewers who decided to start their own company while working together at Mill Street Brewery. Their Bronan IPA was one of the first New England style IPAs to be brewed commercially in Ontario, and was most recently being brewed for them at Equals Brewing in London.

Haven Brewing is the latest iteration of the brewery that was founded in 2014 by brewmaster Graham Smith, his brother Randy, and Randy’s wife Kelly as Smithworks Brewing, located in a building that had previously been home to Kawartha Lakes Brewery. The Smiths renamed the brewery to Smithavens Brewing in 2016 due to a legal issue, and sold the company to brothers Nathan and Andrew Anker in April 2020, with the name change to Haven Brewing taking place earlier this year.