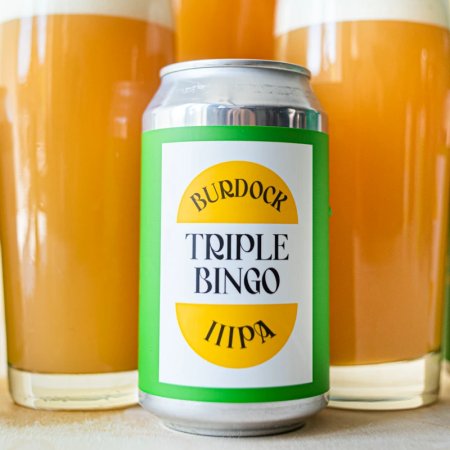 TORONTO, ON – Burdock Brewery has announced the release of its first ever Triple IPA.

This 3XIPA was dry-hopped with a quantity of hops so great we had to use exponents on the recipe log. Metric heaps (bigger than imperial heaps) of Vic Secret, Citra and El Dorado were consumed in the making of this gargantuanly hop forward pillow party of pale ale. This beer is a certified BigJuice convention and all the major flavour players are in attendance: fresh pineapple, sweet orange, tangy tangerine + many more tropical icons.

Triple Bingo is available now at the Burdock retail store and online shop.