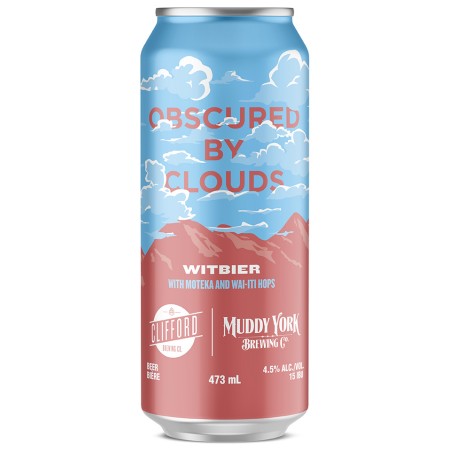 HAMILTON & TORONTO, ON – Clifford Brewing and Muddy York Brewing have announced the release of a new collaborative beer.

When doing collaborations it is always great to do them with old friends. Clifford Brewing and Muddy York Brewing have partnered with Brew Culture to brew Obscured by Clouds. It is a traditional Belgian Style Witbier with an addition of New Zealand hops. This light and refreshing Witbier is a perfect addition to the recently opened patios. Classic Belgian Wit flavours of orange peel and coriander spice; with citrus, herbal and tropical fruit notes from the Motueka and Wai-iti hops. Very mild bitterness and a spritzy finish.

Obscured by Clouds will be officially released tomorrow (Tuesday June 22nd) at the Clifford and Muddy York retail stores and online shops.