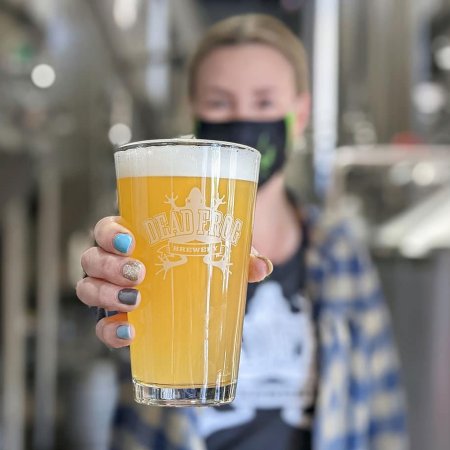 LANGLEY, BC – Dead Frog Brewery has announced the release of a new beer in collaboration with the Electrical Joint Training Committee (EJTC) and its mission to empower women in skilled trades professions across Canada.

This collaboration came to fruition through the EJTC team’s efforts to engage their female apprentices during International Women’s Month. Five current and former apprentices from EJTC’s programs took part in the brewing process, from start (milling) to finish (distribution). The Truth Hertz Hazy Pale Ale is a refreshing hazy pale ale with juicy flavours of citrus and tropical fruit with a crisp, light finish.

The Truth Hertz is on tap now for glasses and growler fills at the Dead Frog taproom.